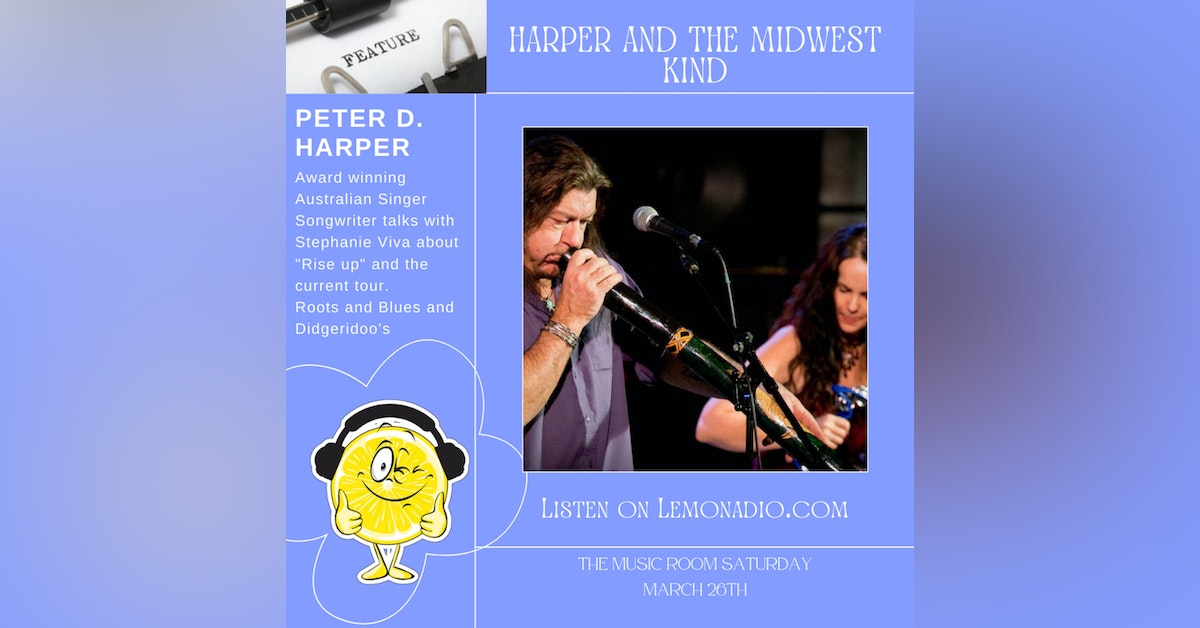 Stephanie gets a little behind-the-scenes exclusive from Peter D Harper about the album, the band, and the tour.

We talk didgeridoo playing and aboriginal homage and moving to Detroit and experiencing seasons and being number 3 on the Billboard blues chart twice against the likes of James Taylor and Bonnie Rait.

Harper and Midwest Kind is an award-winning Australian singer/songwriter. His latest release, "RISE UP," profoundly expresses Harper's creative use of the harmonica and the haunting drone of the didgeridoo with underlying melodies.

Their tour will bring them to Cisco this summer on Nantucket and in New Bedford, so this is a band you will hear more from this summer.